With more companies managing their assets digitally, file integrity monitoring became an essential part of ensuring the safety and security of files, as well as, the company’s overall cybersecurity.

What Is File Integrity Monitoring?

File Integrity Monitoring (FIM) is the act of continuously scanning and tracking system files for changes in their contents, both authorized and unauthorized, and logging them. FIM’s importance, however, lays in its ability to send out alerts whenever a file change or modification is unauthorized or suspicious. For example, if a file was accessed through a new IP address or by an unidentified user. FIM technology is rarely limited to monitoring local or stationery files. The monitoring often includes files stored on remote servers, cloud environments, and network devices owned by company employees and contractors.

Successful implementation of FIM isn’t about how many files it monitors over various systems and locations. Digital files are a busy and hectic place for most businesses as files change rapidly. Receiving notifications of every change can easily grow into a distraction or even result in notification fatigue, where the person or people responsible for responding to the alerts grow desensitized to them.

FIM technology requires setting up proper monitoring and alert policies as a way for it to differentiate between authorized and unauthorized file changes. That way, it can quietly log safe changes, and send out an alert of unauthorized changes that correlates to the severity of the threat, such as the type of file and the cause of change. Implemented properly, FIM could be an invaluable security tool. From catching early signs of misconduct to acting as a second line of defense for when the primary one fails.

Not all types of data require the same degree of monitoring or sensitive to minute changes. Before deploying FIM, it’s best to group data sets or servers of similar nature under the same monitoring policies. This allows you to avoid overcrowding your logs and monitoring system, and ensure all data types are covered by suitable policies.

Data grouping could also be based on geographical location. Different countries might have different standards and regulations regarding their residents’ data. Putting them together makes it easier to meet legal regulations and resume business with specific regions.

This also plays a major role in avoiding notification fatigue and exhausting your security resources where they aren’t needed. Starting out, it’s best to implement FIM where it’s absolutely necessary or required by law. After establishing a solid baseline, you can start branching out into more complementary security and privacy policies.

Why File Integrity Monitoring Is Critical to Cybersecurity

Cybersecurity is often misunderstood as only keeping threats and infiltrators out. But since no security system is 100 percent secure, threats are bound to seep in, either through a gap in security, taking advantage of the human element, or in the form of an insider attack. While FIM isn’t a threat hunting technology, it can act as an additional line of defense. That way, even if your security system fails, your files are safe.

Mitigating the Damages of Insider Threats

As the name suggests, an insider threat is a threat to your digital assets that comes from within. An insider threat could be caused by an employee or independent contractor who joined the company with malicious intent from the start. It could also originate from an initially honest employee, who was afterward recruited or persuaded into launching a cyberattack. However, malicious employees aren’t the only cause of insider attacks. Sometimes, an employee’s lack of awareness of sound cybersecurity practices puts the company at risk—like writing down their passwords on a piece of paper, or logging in to business accounts on personal devices and vice versa.

While FIM can’t protect against insider threats as a whole, it can limit the damages of an attack and alert you to its occurrence, allowing you to restore critical files to their condition before the attack. Also, FIM logs could be the reason the attacker’s identity gets compromised, especially if they weren’t aware of the monitoring software. Still, FIM software can fail if the attacker were aware of the existence of the software and able to go around it. It also won’t work if the attack was launched through an administrator’s account, allowing them to disable the monitoring of certain files altogether.

Meeting set standards of data security and privacy can be a plus and a reputation boost, or a mandatory requirement, depending on the industry and the type of data your regularly handle. One example of mandatory compliance is for all companies that handle card payments to meet the Payment Card Industry Data Security Standards (PCI-DSS) which mandates having an FIM system that tracks card information and ensures they weren’t compromised.

Another compliance certification that requires the use of FIM is the Health Insurance Portability and Accountability Act (HIPAA.) HIPAA certification is mandatory for all organizations that handle or store individuals’ healthcare and insurance information. Compliance with HIPAA regulations is strict, as it requires you to prevent intruders from viewing files and protect them from being leaked, in addition to verifying their authenticity and integrity at any given moment, all of which can be achieved with the help of FIM.

User errors are inevitable. This could be a direct user error because an employee is new and still doesn’t know their way around the system, or because they lost their device or fell for a phishing scheme. After receiving an alert of the unauthorized file change, FIM lets you take a look back at what and how files were affected, and restore them to their initial condition or take immediate action regarding any compromised files. Additionally, with proper monitoring policies, you can determine whether the incident was due to an unintentional error, or if the employee’s intentions were malicious in nature.

Most FIM systems are also able to control and restrict data privileges to certain users. Access control has many benefits to the safety and integrity of the data for multiple reasons. Relying on a hierarchy of access privileges, such as restricting data access to individuals with experience handling it, can reduce the rates of user error and harm in case an employee falls for a phishing scheme.

READ NEXT
Anina Ot Anina is a freelance technology content writer who has been writing about security, privacy, cloud computing, and infosec for the last 3 years. She started writing with the goal of making technology and privacy more accessible before switching to writing for B2B and personal security, software development, and SaaS companies. Read Full Bio » 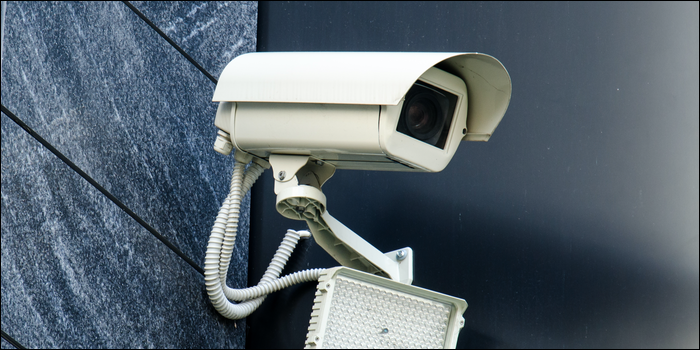