With new cyber threats coming up every day, security systems, especially those used by corporations, need to adapt. But instead of constantly needing updates from their manufacturers, what if endpoint security software can play a direct role in improving itself?

What is Endpoint Security and How Does it Work?

Endpoint security is the process of securing a network’s endpoints, such as user devices and online accounts. Endpoints are entryways to the network, connecting it to the open internet and other devices. In theory, by adequately securing physical and digital endpoints, your entire network should be safe from outside threats.

By monitoring the data entering and exiting the network through its endpoints looking for threats, endpoint security software can protect numerous access points simultaneously, intercepting threats in real-time. On its own, it works similarly to how advanced antivirus software works. But cybercriminals are constantly devising new plans of attacks, both directly and through malicious software. And while traditional antivirus software relies on recognizing previously-identified viruses, it can’t intercept zero-day and upcoming cyberattacks.

The Shift From Threat Prevention to Detection and Response

A Ponemon Institute study, released in early 2020, estimated that around 42 percent of all cyberattacks in the following year would be zero-day attacks. The lack of identifiable methodologies behind the attacks makes them harder to spot and intercept early on by traditional endpoint security software. In addition to looking for a way to handle near half of future attacks, businesses are coming to the realization that cyberattacks are inevitable. That realization created a collective need to shift the typical cybersecurity model from threat prevention to threat detection and response, allowing them to mitigate the damages of cyberattacks instead of stopping them altogether.

Instead of security software that scans incoming data for known malware, the goal is to detect the signs that often correspond with an upcoming attack, whether insider or not. That’s where traditional antivirus software fails but AI and machine learning step in.

By utilizing network monitoring, every security incident or vulnerability caused by a bug in the system or user misconduct gets recorded into log files. With time, specific data points in log files can reveal stark red flags and trends in your security like unusual behavior that precedes an attack—such as extreme traffic and unwarranted changes in access permissions and settings. However, data this rich and complex is only useful after it’s been fully categorized and analyzed, and filtered out background noise and routine log entries with little to no importance or relation to cybersecurity.

AI and machine learning aren’t necessary elements in endpoint security software’s functionality, but they allow it to evolve and adapt to new security threats without needing direct human intervention. With human error playing a major role in cybersecurity shortcomings, automating the learning and growth tactics makes for a more accurate and risk-free product. In cybersecurity, data, AI, and machine learning build on top of one another.

By feeding the machine learning algorithm labeled objects, the system gradually starts to recognize the differences between safe network activity and suspicious network activity, as well as the signs and user behavior leading up to each. Additionally, by including sufficient data of past security responses, machine learning and AI systems can start to identify plausible solutions to threats and execute the most suitable one in record time.

This careful integration of data, AI, and machine learning with endpoint security results in an Endpoint Detection and Response (EDR) system. Instead of having multiple parts working independently, EDR combines the different types of technology to produce a comprehensive security approach of detecting threats and responding to them automatically.

The use of EDR doesn’t stop with monitoring your network’s access points for incoming viruses or data leaks. Its monitoring and detection capabilities can reach deep into the network, searching for underlying threats and security vulnerabilities.

Insider threats are malicious security threats to an organization that originate from the inside. The perpetrator can be anyone from current and former employees to business associates and independent contractors. Because those individuals often have insider access and information about the organization, security software that solely protects access points isn’t of much use. But by utilizing behavioral analysis and log data, EDR can detect malicious behavior from inside the network. It can respond with the appropriate course of action and send out alerts to the IT and security departments.

While traditional antivirus and endpoint security software can intercept known viruses, they fall short when the threat isn’t a file to be scanned for malware. Fileless malware is malicious software that doesn’t use or contain executable files, but a bit of code that hides directly on the device’s memory. And instead of having all it needs to launch an attack like most viruses, fileless malware utilizes the system’s racecourses and components against it, running with legitimate scripts alongside safe programs to mask its existence.

EDR can stop fileless malware attacks by detecting the minute changes in data logs and behavior the endpoints or devices go through, relying on constant monitoring and the ability to recognize such patterns.

The vast majority of data breaches and successful cyberattacks are due to human error, where employees or contractors don’t practice sound cybersecurity while using their work devices, resulting in a security gap that’s easy for hackers to take advantage of. But thanks to AI-driven EDR’s network monitoring, pattern recognition, and behavioral analysis capabilities, it can help detect security vulnerabilities in the system unknowingly caused by employees, almost immediately, instead of weeks. Not to mention, EDR cuts back on time to detect Advanced Persistent Threats (ADT), which target unsuspecting employees over a long period of time.

Internet of Things (IoT) devices are more essential than ever to most organizations and offices, but they’re often the weakest link in their security. While it’s inconvenient to keep IoT devices offline in hectic and fast-paced work environments, connecting them to the internet poses a security risk. After all, NETSCOUT’s Threat Intelligence report of 2018 found that IoT devices get attacked a mere five minutes after connecting to the internet.

With inherently unsecured endpoints, it’s important to rely on the real-time threat detection and monitoring EDR has to offer. That’s especially true with most IoT devices not being built for security but for convenience and ease of use instead.

READ NEXT
Anina Ot Anina is a freelance technology content writer who has been writing about security, privacy, cloud computing, and infosec for the last 3 years. She started writing with the goal of making technology and privacy more accessible before switching to writing for B2B and personal security, software development, and SaaS companies. Read Full Bio » 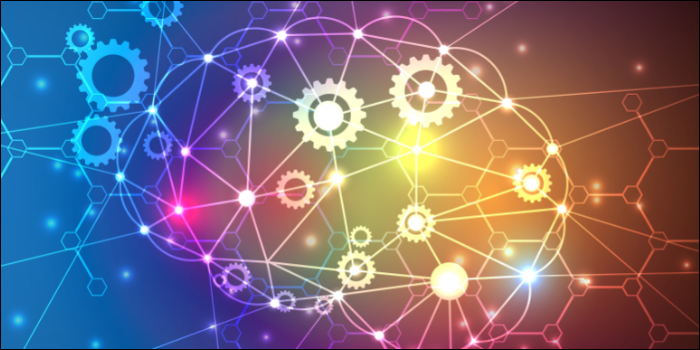