Syft is a CLI utility that generates a Software Bill of Materials (SBOM) for container images. An SBOM is a catalogue of dependencies used by your image. It gives you visibility into the “materials” that form your image’s filesystem.

Producing an SBOM can help you identify overly complex package supply chains that put you at risk of dependency confusion attacks. Distributing an SBOM alongside your image informs users of what lies below the surface. This provides a useful starting point when tightening supply chain security.

Syft is developed by Anchore which also offers a complete container scanning engine. The Syft CLI is capable of extracting package lists from images using popular operating systems and programming languages. Both Docker and OCI images are supported.

An installation script is available to download the latest Syft binary and add it to your path:

Mac users can also get Syft from Homebrew by adding the anchore/syft repository and installing the syft package.

Once you’ve got Syft on your system, run syft in your terminal to display the available commands. You can generate completions for your shell by running syft completion.

Use syft version to find your installation’s version. Check the GitHub tags page periodically to find new releases, then reuse the installation script to download each update.

Syft’s functionality is currently exposed by a single sub-command, syft packages. Pass it an image tag to generate an SBOM for:

Syft will download the image, scan its contents, and produce a catalogue of discovered packages. The output will be shown as a table in your terminal. Each result includes the detected package name, version, and type.

The package list for this image is short. As it’s an Alpine base image, the installed packages are intentionally streamlined to provide the smallest possible surface. Larger images could contain hundreds or thousands of packages across several different formats. It can be helpful to combine Syft with existing Unix terminal tools like grep and awk to extract the data you’re looking for.

Although not every language is covered, you’ll still benefit from the OS-level scanning irrespective of your application’s chosen stack.

The default output format is called table. It renders a columnar-based table of results in your terminal, creating a new row for each detected package. An alternative human-readable format is text which presents a list of packages with Version and Type fields nested under each section.

Using one of these reports lets you archive findings to a file for later reference:

The standardized CycloneDX and SPDX formats can help integrate Syft scans into your CI/CD pipelines. The data is accessible to other ecosystem tools that work with package lists and SBOM results.

Syft also integrates with Grype, Anchore’s standalone container filesystem vulnerability finder. Data from Syft can be fed straight into Grype if you use the JSON output format.

Grype will compare the package list to its index of known vulnerabilities. It’ll highlight the packages which contain problems, giving you an immediate starting point to improve your security posture.

Syft can use images from other sources besides public Docker registries. You can reference any OCI-compliant image, either via a registry tag or as a saved image tar. Paths to image archives can be handed straight to Syft:

Syft works with private Docker registries too. It uses your existing credentials in your ~/.docker/config.json file:

Although Syft focuses on container image scans, it can also create an SBOM for arbitrary filesystem paths. You can use Syft to index your host’s packages by scanning directories that commonly contain software binaries and libraries:

You must explicitly add the dir: scheme if you’re referencing a path outside your working directory. Otherwise Syft will try to interpret it as an image tag reference.

Syft extracts package lists from your container images. The generated data acts as an SBOM for your image, increasing your awareness of your supply chain length.

Syft is distributed as a single binary that produces reports in several different formats. It can be readily integrated into CI/CD systems to upload an SBOM artifact as part of your image build pipeline. This increases accountability and aids audit trails by recording each image’s full software list at the time it’s produced.

Adding Syft scans to your workflow keeps you informed of the packages you’re using. Once you’ve got this information, you can begin assessing each package to determine whether it’s really needed. If you find a lot of packages that aren’t used by your workload, consider switching to a minimal base image and layering only essential software on top. 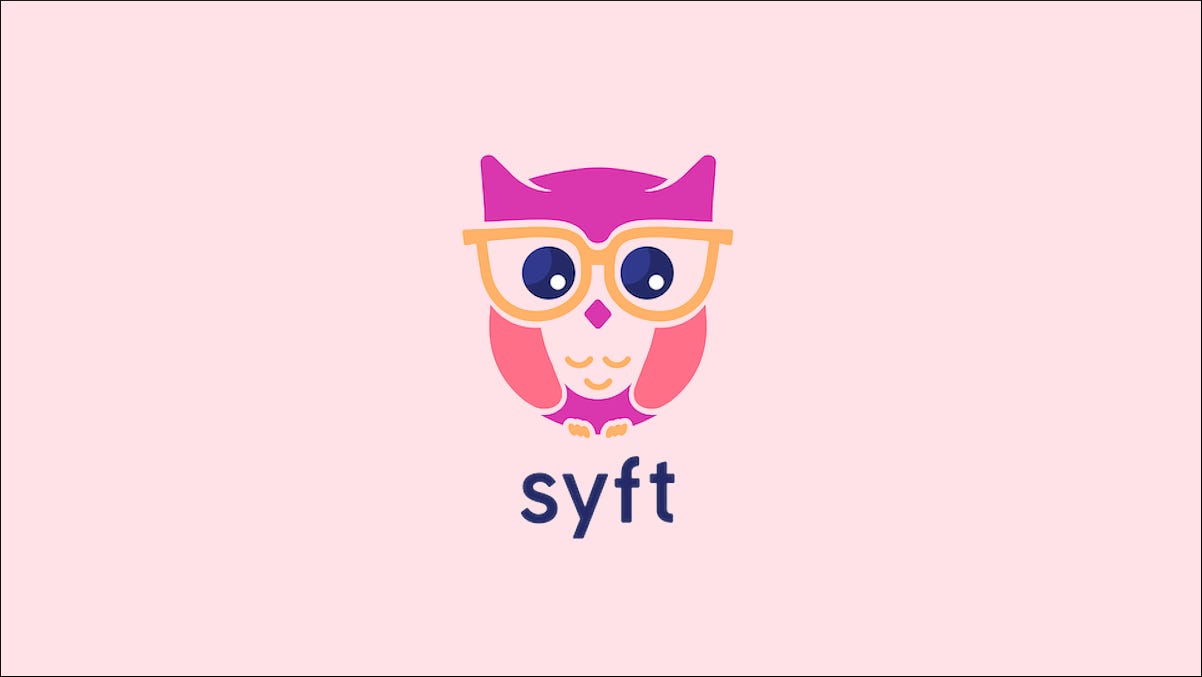