A hacker can escalate privileges in a domain in many ways, and learning how they work is half the battle in reducing your attack surface. In this post, we’ll go through five ways that a non-privileged user (from now on only called “user”) can utilize to own your network and how you can protect yourself.

We also assume that the attacker has either access to a domain-joined computer or has access to the network.

Escalating privileges to the local system account on the computer is, in many cases, the first thing that an attacker needs to do. The attacker can use a wide range of techniques to perform the escalation, and some of them are summarized here.

Of course, you’ve done half the job for the attacker if the user already has local admin on the computer. I’ve summarized a couple of the methods below so that you can get a picture of how the attackers elevate to SYSTEM.

Bad Permissions on Executables/Scripts Ran by a Privileged Account

This is one of the most common methods that an attacker may use to escalate to SYSTEM. The attacker scans for scheduled tasks or services that are launched by a privileged account on that computer (that is, SYSTEM or even a domain user). The attacker then scans the EXEs/scripts and DLLs related to it to see if its owned user has to write permissions.

The attacker then swaps or modifies the EXEs/Scripts or DLL files to something that gives them a backdoor to the SYSTEM account by using tools like PowerUp.

Scan and monitor file permissions on the executables, scripts, and DLLs that your services and scheduled tasks use.

Since 2015,  over 100 CVEs published for Windows 10 have allowed an attacker to escalate their privileges on a computer. Don’t forget to update the drivers as well! You already know, of course, that patching your systems is important, but it’s always good with a reminder.

Pass-The-Hash (PTH) is a common technique that the attackers use once they have local administrator or SYSTEM privileges. PTH was discovered already in 1997, but it’s a flaw “by design” in the Windows NTLM authentication mechanism.

PTH does not give you the password in clear text, what it does is that it reuses a user’s NTLM hash of the password to authenticate to other systems.

The attacker can use tools like Mimikatz to extract the NTLM hash from memory, which usually requires that a user more privileged than the owned user is logging on to the systems to be effective. But how do the attackers know that an admin will log on to that computer? Well, that’s easy—they cause problems with the machine and wait for support to log on.

This is a common scenario as well—the owned user is privileged, but you don’t know it (yet). The attacker can scan the network and Active Directory with a tool called BloodHound to find attack paths that are extremely hard to discover in normal cases.

BloodHound uses a Graph Database called Neo4j to discover hidden relationships between users and computers by using Graph Theory. And, most of the data collection that it does can be done by a normal user. It can even discover local admin and active sessions on remote computers.

It’s not uncommon that an unprivileged user has to Write or Change Password permissions in Active Directory on a user with more privileges, usually by accident or due to sheer laziness.

Admins are more exposed than other users, and it’s not uncommon that they are targeted during an attack. The attacker usually has no problem finding passwords and escalating once inside the unprivileged account of an admin.

An attacker will start scanning for vulnerable software on your network if they can’t escalate privilege through the previous methods. This is usually done with tools like Striker or Metasploit, and is an effective way of escalating in environments where patching systems come secondhand or systems are out of support.

Security can be hard, but it becomes a whole lot easier if you are more aware of it and how it works. You also need to think of the attacks as a chain of exploits, and that everything in your network is connected.

With a few mitigation techniques, you can become quite resistant to attackers, but it’s never guaranteed. Most attackers are running a business, and if they find it too hard or time consuming to target you, they will choose a simpler target.

The goal should be to make the attackers ROI (Return of Investment) as low as possible, and it should be as hard as possible for them to elevate through your network.

READ NEXT
Adam Bertram Adam Bertram is a 20+ year veteran of IT and an experienced online business professional. He’s a consultant, Microsoft MVP, blogger, trainer, published author and content marketer for multiple technology companies. Catch up on Adam’s articles at , connect on , or follow him on Twitter at . Read Full Bio » 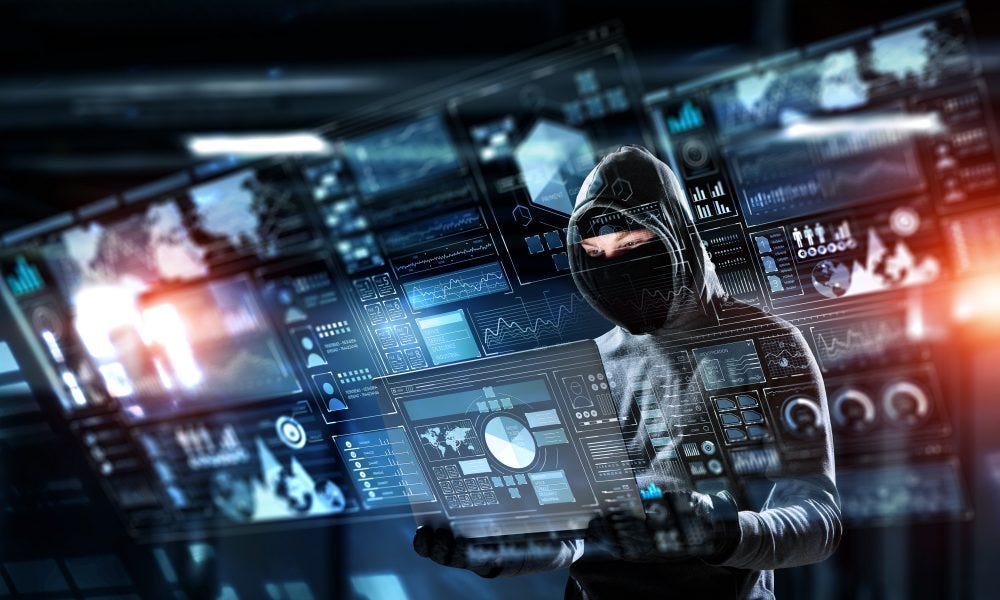