SSH, which stands for Secure Shell, isn’t very secure by default, opting for basic password authentication with no other limits. If you really want to lock down your server, you’ll need to do more configuring.

The first thing to do is get rid of password authentication completely and switch to using SSH keys. SSH keys are a form of public key encryption; you have a public key that acts like your username, and a private key that acts like your password (except this password is 2,048 characters long). Your private key is stored on your disk, but is encrypted with a passphrase and ssh-agent. When you go to SSH into a server, instead of asking for your password, the ssh-agent connects to the server using your keys.

Even if you’re already using SSH keys, you’ll still want to ensure that your password logins are turned off, as the two aren’t mutually exclusive.

RELATED: What is SSH Agent Forwarding and How Do You Use It?

You can generate a new SSH key using the ssh-keygen utility, installed by default on most Unix systems.

This will ask you for a passphrase to encrypt the local key file with. It isn’t used for authentication with the server, but should still be kept secret.

The server keeps a list of authorized users, usually stored in ~/.ssh/authorized_keys. You can add your key file manually to this file, or you can use the ssh-copy-id utility:

Replace user@host with your own username and server hostname. You’ll be asked to sign in with your old password once more, after which you shouldn’t be prompted for it again, and can disable password sign-in.

Now that you can access the server with your keys, you can turn off password authentication altogether. Make sure that key-based authentication is working, or you’ll be locked out of your server.

On the server, open up /etc/ssh/sshd_config in your favorite text editor, and search for the line that starts with:

You’ll want to uncomment this (remove the hashtag) and change “yes” to “no”:

Then, restart sshd with:

You should be forced to reconnect, and if your key file is wrong, you won’t be prompted for a password.

If you’d like, you can also force public key-based authentication, which will block all other authentication methods. Add the following lines to /etc/ssh/sshd_config:

Lock Out Attackers with denyhosts

denyhosts is a utility for preventing repeated failed login attempts over SSH, similar to how your phone locks you out after too many tries. It’s not installed by default, so you’ll have to install it from your distro’s package manager. For Debian based systems like Ubuntu, that would be:

Once it’s installed, enable it with:

denyhosts should run automatically now, but you’ll want to whitelist your IP address in case you get locked out. You could always try again from a different IP address, but this will save you some hassle.

Open up /etc/hosts.allow, and at the bottom of the file add:

replacing your-ip-address with your IP address.

By default, denyhosts will lock out after one failed attempt for root users and five failed attempts for other users. You can change this behaviour by editing /etc/denyhosts.conf.

If you’ve accidentally locked yourself out, you’ll need to stop denyhosts and remove your IP address from a few places:

Restart denyhosts and you should be able to connect again.

Although forcing SSH keys with denyhosts is probably enough security, you can whitelist specific IP addresses. Most server providers will provide tools to do this from a web interface. If that’s an option, you’ll want to whitelist from there rather than from the SSH server, as you’ll always be able to change the whitelisted IP in case you get locked out.

If it’s not an option, you’ll need to manually configure /etc/hosts.deny to block all traffic from unauthorized hosts.

An important note: If you’re whitelisting your house, your ISP might not give you a static IP address, and your IP address may change at any time. You’ll want to make sure that won’t happen before blacklisting all other IP addresses, or adding multiple addresses as backup, or just skipping this step altogether.

Open up /etc/hosts.allow and make sure your IP address is in the file:

If it is, you can go ahead and deny all other connections:

Restart sshd and you should see your changes.

Alternatively, Set Up a Proxy in Front of Your SSH Server

If you don’t want to expose your SSH server to the internet but need to access it from multiple IP addresses, you can set up a proxy in front of it to handle the connection. This could be another cloud server or even a box running in your house.

Instead, make a new user and give that user sudo privilege. This effectively is the same thing but has one major difference: potential attackers will need to know your user account name to even begin attacking your server, because it won’t be as simple as root@yourserver.

Aside from security, it’s generally good Unix policy to not be logged in as root all the time, because root doesn’t create logs and doesn’t prompt when accessing protected resources.

Create a new user on your SSH server:

You won’t be logging in with this password because you’ll still be using SSH keys, but it is required. Ideally, make this different from your root password.

Add this user to /etc/sudoers to give admin permissions:

Switch to that user with su myfancyusername, and verify that you can switch back to the root user with sudo su (which doesn’t require root’s password). If you can, you have sudo access.

Remove the hastag and change “yes” to “no”:

Restart sshd and your server should block all requests to log on as root.

This is certainly overkill, but if you’re paranoid about someone nabbing your private SSH keys, you can configure your SSH server to use 2FA. 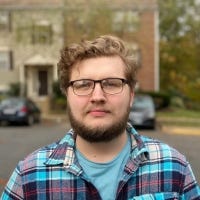