Ever wondered what they really are – bits, bytes and binary? Similar in sound, quite different in what they mean, this article introduces you to computers at their core: we take it down to the physical level and more…

Computers process data differently from human beings. But have you ever wondered how these massive amounts of data are actually stored? Welcome to computers are their core: bits. Ever piece of information, in most current computing systems, whether they be your desktop PC, your mobile or the intelligent screen on your smart fridge, is stored by means of ‘bits’.

This is, in essence, what a bit is: a magnetized or demagnetized piece of metal. Thus, it would seem that we cannot store much information in a single bit: only a 0 and a 1 – two possible states. Let’s take eight bits instead and see what we can do with that.

When we combine eight bits together, we form a byte. A byte is a human concept, not one which a computer can understand at it cores. Very early computer developers decided to create bytes out of 8 bits. Let’s see how many combinations we can create using eight bits, set to a state of 0 or 1:

On the left is the binary number, on the right is the decimal number.

There are exactly 256 possible combinations (0 to 255). Even though we only have eight little pieces of metal, and one magnet, we can now store 255 different states by simply magnetizing or demagnetizing any of the eight pieces of metal. Great? Perhaps, but if you consider that a simple PDF file with a few scanned pages can easily be 10 Megabyte (= 10,000,000 bytes or 80,000,000 bits), you could wonder how any computer could handle 80 million little pieces of metal 😉

Still more astonishing is that many people have an Internet connection which is 50 Mbps (Megabit per second) or more. 50 Mbps is 6,250,000 bytes per second which in turn is an astonishing 50,000,000 bits per second. In this case, the data is not stored on magnetized pieces of metal.

The next question that may come to mind is – where are these bits written to? Any form of storage in a computing system. For example, to the main memory chips in your computer, but just as well to a physical disk, for example of the older HDD (Hard Disk Drive) type which had a literal spinning magnetizable disks inside and a little head would move back and forth while the disks were spinning at 5400, 7000 or 10000 rounds per minute and magnetize bits on or off (1 or 0).

A computer also has other places it can store information, for example the Level 1 and Level 2 (and where applicable Level 3 etc.) caches inside a CPU (Central Processing Unit). So what are some of the top speeds that computers can actually magnetize and demagnetize bits?

Welcome to the fastest disks in the world: a fast modern NVMe’s (a type of Solid State Drive, which is in turn a successor of the Hard Disk Drive) can achieve a sequential write speed of 7,000 MB/s, that is 56,000,000,000 physical magnetic bit writes per second. Incredible, but real.

It is good sometimes to back track a little into history and how things work to appreciate what has been achieved, and to realize at what incredible rate we are progressing. This is, in reality, what happens inside your computer, every second, and more and faster still, when you are processing an intense workload. Cool?

We can use the word binary to refer to data stored as binary (for example on a disk), or as a state, for example an executable file on a computer is often labeled a binary. Will all these different uses of binary it takes a little time to get used to the jargon.

In this article we explored the nitty gritty dynamics of what happens at the core of computer: simple bits, magnetized or demagnetized onto disk, or voltage on or off flowing over the wire, are the most basic units of computing and data storage. We then took a step up and moved onto bytes and how a single byte can contain a value from 0 to 255 by setting 8 individual bits on or off. We finally explored binary and the many ways in which the word binary can be used.

Next time at the cafe, tell some of your less versed friends a story about bits and bytes and binary. 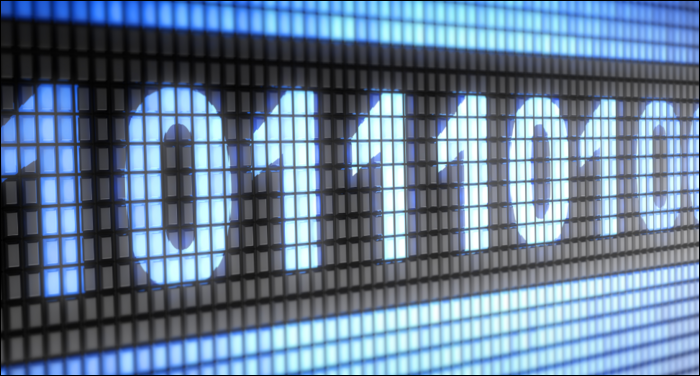